Signs & Symptoms:
A migraine is a primary headache disorder manifesting as recurring attacks, usually lasting for 4 to 72 hours and involving pain of moderate to severe intensity (1). Typical characteristics of the headache are unilateral location, pulsating quality, moderate or severe intensity, and aggravation by routine physical activity. Sufferers may also experience auras, photophobia, phonophobia, nausea and vomiting.

Are Migraines Common?
Migraines are a common disorder (2); a UK follow-up study found the migraine incidence rate to be 3.69 cases per 1,000 person-years, and to be around 2.5 times higher in women than men (3).

What Causes Migraines?
Although the exact cause is unknown, we do know it starts deep in the brain with misfiring of neurotransmitters, which set in place a chain reaction. This results in many symptoms, which affect hearing, eyesight and ability to smell, and usually ends with a throbbing one-sided headache. Exactly what triggers a migraine is very individual to each person. For most people it is rarely just one trigger but a combination of factors which individually can be tolerated but when several occur together or accumulate, a threshold is passed and an attack is triggered.

Migraines are thought to be the result of temporary changes in the chemicals and blood vessels in the brain. The misfiring of neurotransmitters set in place a chain reaction although the exact cause is unknown. Exactly what triggers a migraine is very individual to each person. For most people it is rarely just one trigger but a combination of factors which individually can be tolerated but when several occur together or accumulate, a threshold is passed and an attack is triggered. Migraines can be exacerbated or caused by a variety of factors for example:

Standard Care:
Many people with migraine can be adequately treated when the attacks occur, but some need prophylactic interventions, as their attacks are either too frequent or are insufficiently controlled in this way. Several drugs, such as beta-blockers, amitriptyline or sodium valproate, are used in the prophylaxis of migraine in an attempt to reduce attack frequency, but all these drugs are associated with adverse effects (5). 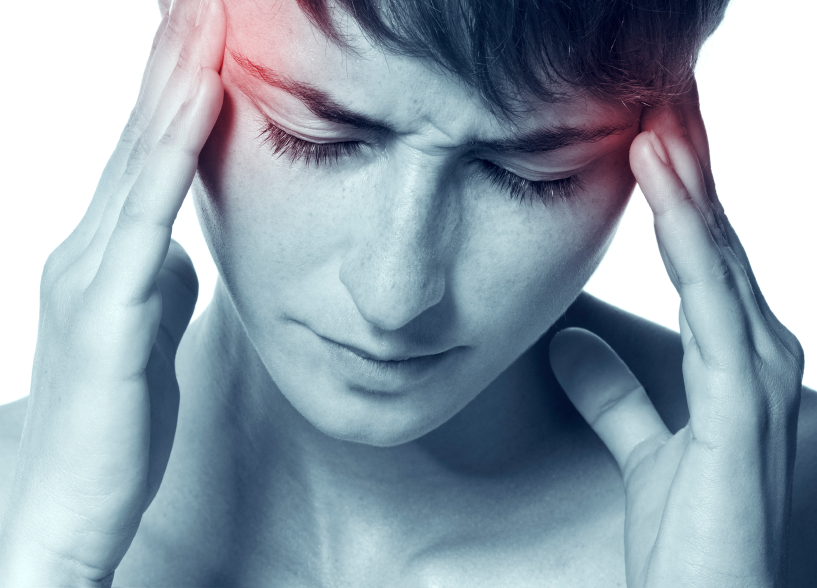 After a thorough medical history and examination procedure treatment needs to address the underlying causes and any exacerbating factors.

Acupuncture
Acupuncture is commonly recognised as an aid to pain relief. N.I.C.E (the National Institute of Health and Clinical Excellence) concludes that acupuncture is a proven method to prevent tension-type headaches and migraine and doctors should prescribe it. Certain acupuncture points have been shown to affect areas of the brain that are known to reduce sensitivity to pain and stress, as well as promoting relaxation and deactivating the ‘analytical’ brain, which is responsible for anxiety (6).

Acupuncture can help in the treatment of migraines by:

Massage
A combination of bodywork such as tui na, acupressure, massage, reflexology, relaxation, breathing and mindful awareness exercises are also a core strategy that has proven helpful for many people.

Other Lifestyle factors - Creating restful sleep patterns, making sure you have the right diet, nutrients and nourishing eating habits are also key, as well as addressing any emotional issues that may be involved.

British Acupuncture Research Fact Sheets - For further information please take a look at the related issues section on the right hand-side of the screen.

References:
Back to Health Conditions

To register for an appointment please click on the button below.